So, the term "adventure". It doesn't normally - in real life - mean walking into a tomb and killing (or being killed by) skeletons, getting treasure, all the things we expect from a tabletop RPG "adventure". It really just means, like, going somewhere. The going, that's the adventure, the exciting part. What you do when you actually get there is just... Work, usually. Sometimes hanging out. With the bros. But usually just work. 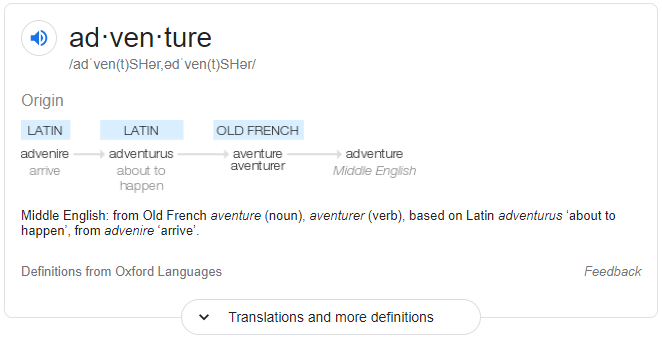 This image disagrees with me, but fuck it. It doesn't know anything. It's just an image.

I forget where I was going with that.

It all fits together, don't you see? 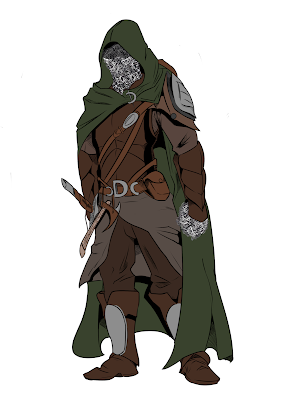 Ranger Made of Hooks

A: Bushcraft
You have skill in bushcraft, and can easily make mundane objects out of natural resources such as sticks, rocks, and plant matter which function nearly as well as professionally made versions. This takes ten minutes for anything portable (torches, a short rope, snares, spears, etc), or one hour for vehicles or structures (shelters, pit traps, rafts, sledges, etc). This isn't infinite free gear - you and your GM should work together to describe what exactly you do to make whatever things you're making - but it is as much free gear and as good of free gear as is possible.

A: Ankomorph
In place of flesh, your body is comprised of thousands upon thousands of iron fishhooks, knotted together into barbed, twisting appendages in rough facsimile of an orcish or goblinoid form. This renders you immune to most concerns of fleshier beings such as disease and poison, although you do still require sustenance and have to be wary of rust and lodestones. Their natural hardness gives you 4 AC that doesn't stack with armor, and your unarmed attacks and successful grapple checks deal 1d6 base damage.

B: Trailblazing
You have skill in tracking and pathfinding. Yourself and your party are not slowed by rough terrain during overland travel.

C: Barbs
When you successfully hit with an unarmed attack, you can make another unarmed attack against the same target with no penalty and without spending an action. This continues until you miss.

C: Fishhook
You have, somehow, acquired a fish friend. It is a giant cave pike, who despite its ill temper and tiny brain considers you its best pal in the entire world and will do its best to defend you. It possesses a preternatural ability to find you if and when you abandon it, and will do so eventually even if slain. Or maybe that's a different fish, then. Hard to tell.

D: Ambush
When you begin an encounter and aren't surprised, you may retroactively decide where to have placed yourself and any members of your party that agree to follow your direction. At least one member must be visible and out of hiding.

D: Skyhook
Your hooks reverberate with minute variations in frequency, allowing you to predict what the next change in the weather will be by standing outside and concentrating for one minute.