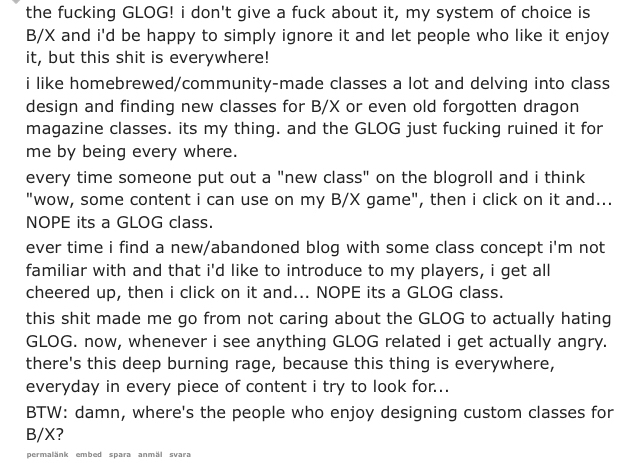 It has come to my attention that some people don't understand how to play GLOG classes in B/X (or OSE, as the case may be). They labor under the mistaken assumption that you have to "convert" them, and need "guidance" to do so.

This is eminently false.

But in the service of accessibility and reducing the number of falsehoods that are present on this earth, I will explain.

You don't have to convert them at all.

That's pithy, but almost true. More accurately, the conversion is one step in the simplest cases, and like, three in the most complex:

Wizzzargh is talking about BFRPG, not B/X, but the same principles apply. Also I played in their game; it worked just fine.

Here, I will give you some examples. 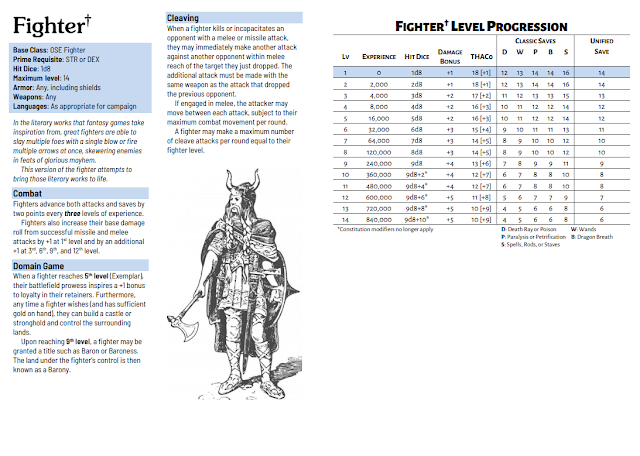 This is a class from the inimitable Jojiro's Red Box Rogues. It doesn't matter what B/X source you use, this works fine with the OSE classic 4 classes or whatever.

But let's say, hypothetically, for the sake of argument, that our pl*yers (base and loathsome creatures that they are) want to play something cool and interesting instead. Let's say they want to play Shivas of Gunses. We're using this as an example because it's exceptionally weird, being fighter-y but also wizard-y. If you can convert this, you can convert anything.

Step Zero: Remove all the stuff you're going to change. In this case, a complex one, we're cutting fucking everything. 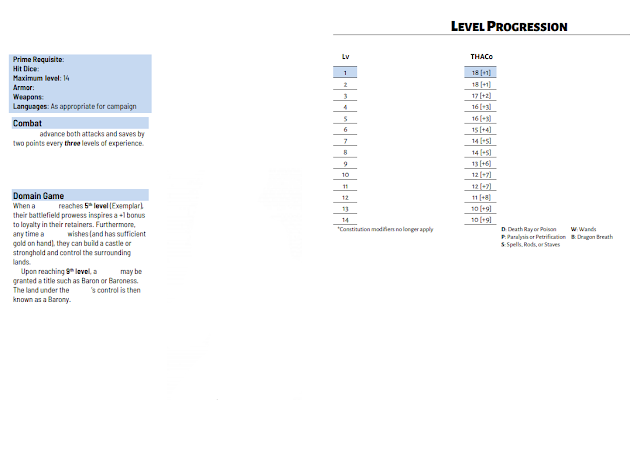 Step one (optional): If you're combining classes, put the combined elements in there. I think Shivas of Guns should have Magic-User experience/level and HD, since they do spells sort of; Thief saves, armor proficiency, and prime requisite, since they're nimble; and Guns as a weapon proficiency, for obvious reasons. If you're converting something that's more obviously "just a wizard" or "just a fighter" or whatever, you can skip this step.

Step One (Point Five): This is also a good time to put the name of the class in.

This is what we've got so far: 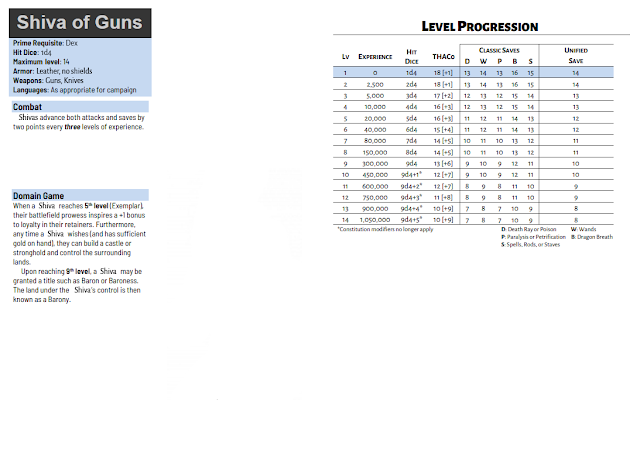 Step Two (Mandatory): Put all the abilities of the GLOG class in, converting references to templates to references to level as you go. 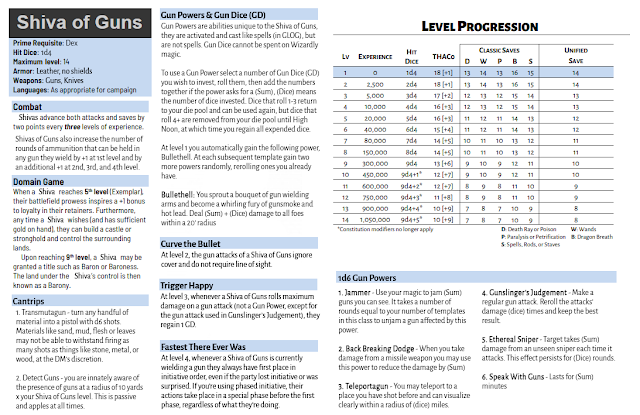 Bam! And we made a whole fancy layout that we didn't need, even. This is a simple enough process that you can honestly just write down:

Hell, for most classes you can cut that down to one line: STUFF: AS <CLASS>

And would you look at that, we're done! 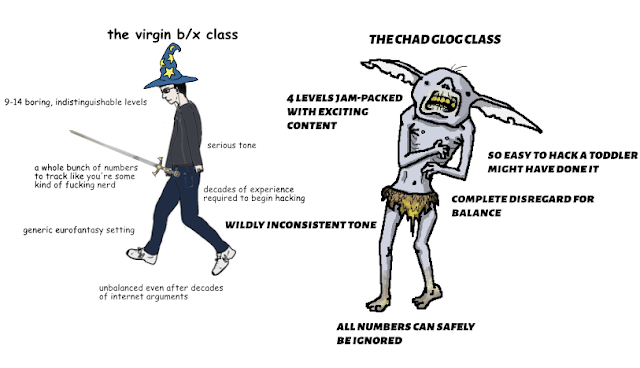