About fifteen months ago, Gorinch put forward an interesting idea and there was some discussion of Kings. What separates them from dwarfs and elfs and Man. 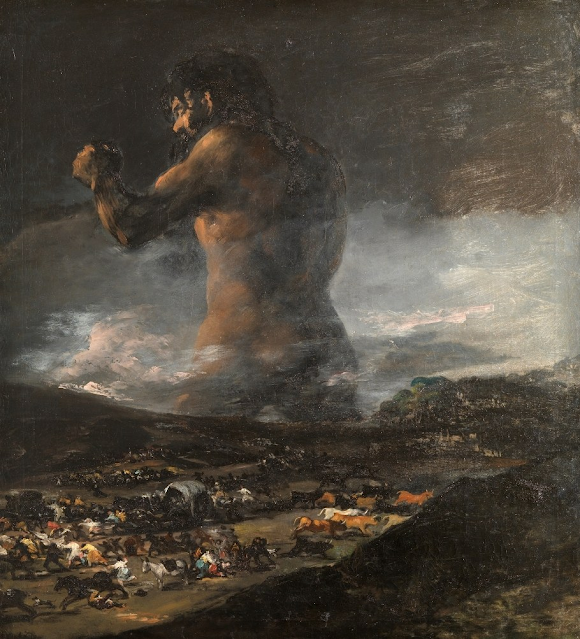 It's good to be the King.

What Defines A King?

Size. They get bigger as they eat, and live, and grow. Petty Kings, of the sort that abound these days, are about twice as tall as a man. The High King, who has lived for a century and a half, is as tall as a tower.

Mindset. Kings are inhuman, hungering, imperious things. They do not think, nor feel, nor act like a people. The King demands pearls! Cattle! Riches! Dancing girls! Dancing boys! Dancing bears! Whales! Forests! Industry! Knights come and carry off your granaries and if they're not full enough then oh well, mark off your least favorite sun or daughter. The King needs to eat.

Diet. Kings eat one another and common folk too. They can restrain themselves from the latter if well-satiated with meat and grain, but if you put two Kings of approximately similar size in the same Kingdom one of them is going to kill and eat the other one. It's just a law of nature.

Power. Besides being at least as big as a house and twice as sturdy, the word of a King is law. They possess the ability to issue Commands, which must be obeyed by those within their Domain and are difficult to resist even for those without.

Kings of appropriately distinct sizes can form hierarchies, which is how the High King rules the petty Kings of the land and why they haven't all killed and eaten each other yet (they still get up to plenty of it, but less than they would without a High King in place). Obviously, he must consume any that grow large enough to threaten him.

In today's fallen age this is about as big as Kings can get, but the histories tell of Grand Kings the size of cities. And in ages long past there was held to be an Emperor, the First King, who if he truly lived must have been the size of a mountain range... 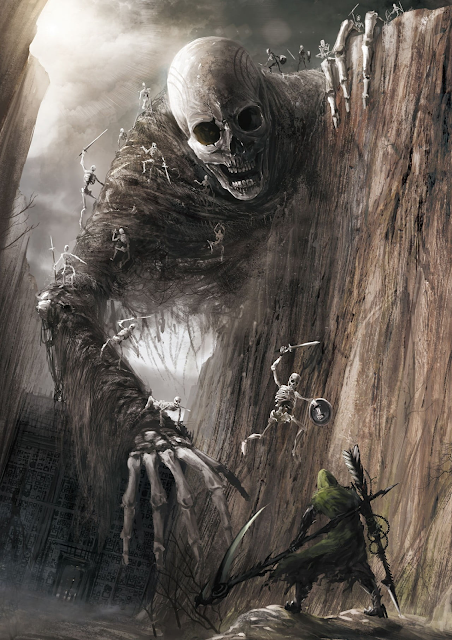 Kings of ages past.

It's the essential nature of Man. We are, in the most literal sense, monstrous consumers. There isn't an easy solution. Humanity has a problem, and the problem is Kings; but the individual Kings aren't the source, they just happen to be at the top of the pile for now. If there wasn't a High King, everyone would be King, and that would be even worse.

This is probably why elfs hate you. 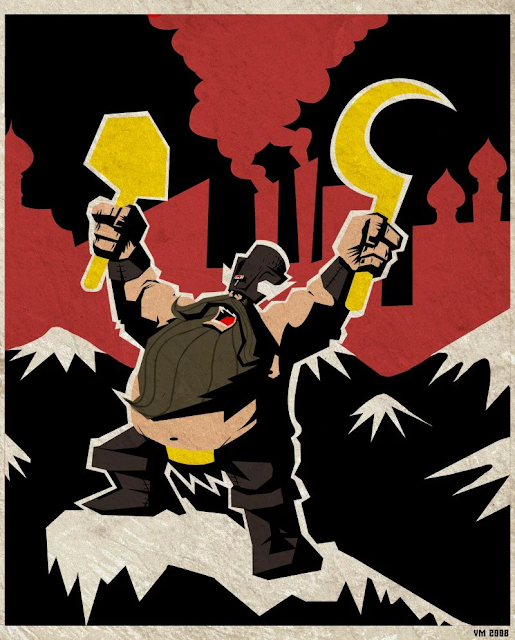 A Digression On Dwarfs

If you want to fix Kings, you've got to, I don't know, abolish the entire feudal system, the whole damn thing, and probably create a weapon that will destroy Kung Fu. Industrialize past it. Develop capitalism, or state capitalism. That's what the dwarfs did (both/all of the above).

That will, of course, cause other problems, and the dwarfs are here to prove it.

Dwarfs used to be something much like Man, but they industrialized. They evolved beyond having Kings, and the parts of them that would become Kings atrophied and withered away to leave them something somewhat less than Man. That's why they're smaller than people.

Half of the dwarfs are capitalist and the other half are state capitalist. The two halfs are, of course, at vicious and unending war. Dwarfs don't consume, they hoard and mise. They eat only as much as they need to be productive. When Dwarf Reagan dies he'll leave behind a stockpile of cave wheat and plump helmets sufficient to feed all the Kings of Man for a day, and when Dwarf Stalin dies all he will leave behind is a pair of boots and a pickaxe (because his stockpile belongs to the state).

The capitalist dwarfs sell giant armor and cannon to the Kings for their wars against each other, then laugh about Man's backward, King-having ways once they are gone, their business concluded.

The communist dwarfs back revolutionaries among the Kingdoms of Man, sending them arms and material and subverting their aims towards bureaucratic power. 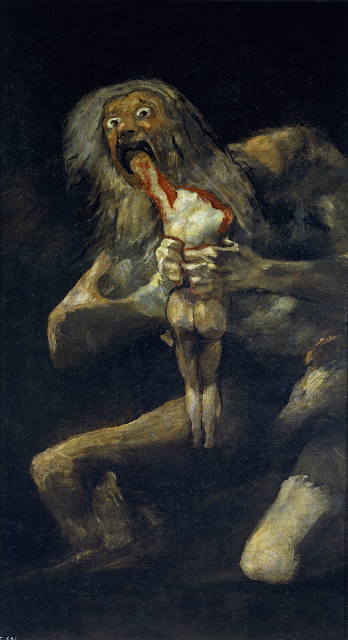 I just can't wait to be King.

How Do I Become King?

Easy, you eat one. It's hard not to, once you've done the work of killing him: A King-corpse calls to the soul (and stomach) of all true Men. If you eat a King you become a King, no tricks or gotchas. You also become an NPC, but you can make your new character at the level of your old one (that just became a King) plus one. Tempting, right?

Of course, if you get yourself into a situation where you're a King in all but name, it'll probably happen on its own anyway. Difficult to escape, the Divine Right of Kings (to eat people). 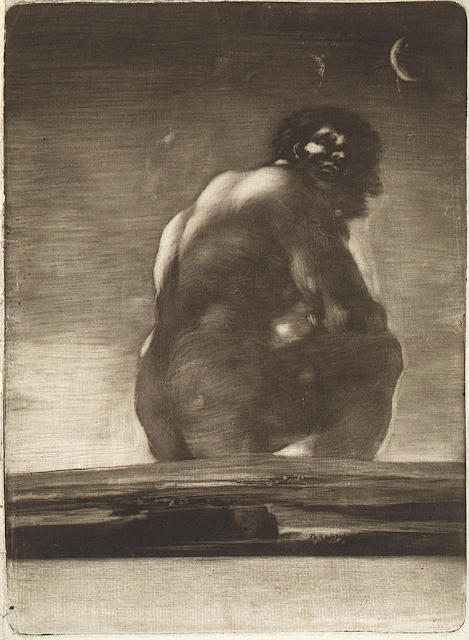 A King on his throne.

What Does It Mean To Be King?

First of all, they're huge. Petty Kings are about 12' tall with 4 (extra) HD and +4 STR. I guess for each tier of King above that, you just double that number, so maybe there are some Old Kings that are 24' tall with 8 (extra) HD and +8 STR, and the High King is 36' tall with 12 (extra) HD and +12 STR. It's a good thing the Great Kings, Emperors, and First King are all long dead and you don't have to worry about how big they must have been.

Second of all, they're commanding. A King has one Majesty Die for each tier of size he is, which he can roll to boss people around in much the same way a Wizard uses Magic Dice to boss around spells. A King also gets +1 MD for (each of) wearing a crown, wielding a scepter, or sitting on a throne of suitable opulence for his station in the exact same way that a Wizard gets MD for wearing a sufficiently magical Wizard Robe.

Majesty Dice automatically work on anyone the King can be said to rule, and never work on other Kings (even lesser ones). PCs, anarchists, the subjects of other Kings, and so on fall somewhere in the middle and get to save. Histories tell of Kings who could command seas to part, skies to clear, and Men to fall dead on the spot, but that art has been lost or else is being carefully concealed. 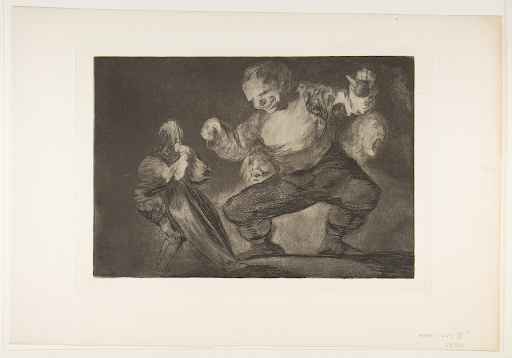 Is this post done? Did I forget anything? How do you kill the High King and end feudalism properly, without taking his place? Where do the elfs come in? These are the questions which must be answered, if we are to progress as a people.