Do You Not Realize from What I Say to You Who I Am? (Class: False Witch)

A continuation of the Work of preparing PC classes for the Mountain. These in particular are archetypes for my Ultimate Thief and Fighter.
False Witches. They're called Witches because they use magic. They're called False because they aren't actually magical at all themselves. They are, basically, specialists or thieves or rogues or what have you. Scientists. People who have figured out how to manipulate the world in specific ways, without ever performing something that we'd call magic directly.
They're a lot easier to run out of town or burn at the stake, etc, than real witches are. 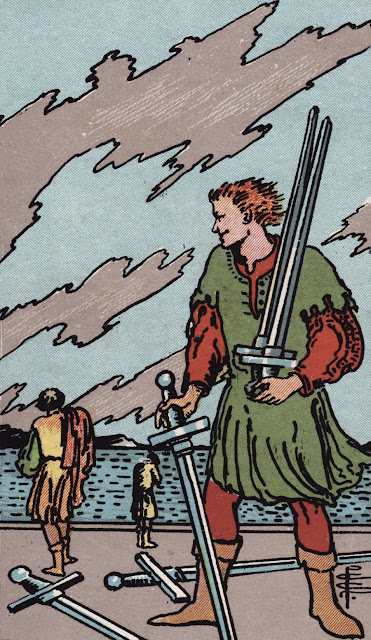 The sword is the ultimate tool—you can hunt with them, eat with them, use them to start a fire or cut down a tree, and they’re the primary symbol of skill at arms across the world.

This is a Thief archetype, properly speaking, but I suppose I can't really stop you from jamming it on something else.
Starting Equipment: A MAGIC SWORD, a normal sword, dark clothing, a waterskin and 3 days trail rations, a bullseye lantern and flint and oil, soft boots, and a cloak.
Benefit: You can carry any number of swords tied into a bundle in the space of the largest single one you possess, and draw blades from it unerringly without spending an action. You can identify all properties of a blade by fucking around with it for an hour. If you didn't speak swordsong already, you do now.
Drawback: Your opportunism only works on sword attacks. Sword-wielders will be naturally jealous of you. 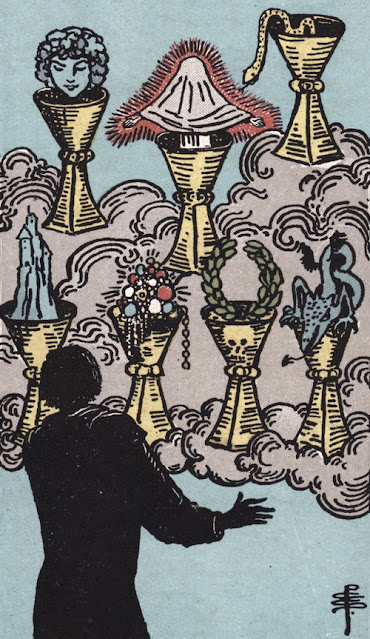 The drunk who waves his bottle, saying, it’s mine, I bought it with the money from my wages (paid by private or State institutions), while he is a victim of the Capital form, is also a usufructuary traitor to the health of the species. And so is the idiot who smokes cigarettes! Such “property” will be eliminated from the higher organization of society.

This, also, is intended as a Thief archetype.
Starting Equipment: A ghost in ghost-bottle, an empty ghost-bottle, priming reagents for ghost-bottles, a shovel, a prybar, dark clothing, a waterskin and 3 days trail rations, a bullseye lantern and flint and oil, soft boots, and a cloak.
Benefits: You can prepare ghost-bottles, and use them with less risk than anyone else.
Drawbacks: Those who care about the final fate of their souls will be naturally wary of you.

Priming a ghost-bottle for use requires an empty ghost-bottle and one hour of focused work with access to open flame and simple reagents (lead, antimony, rock salt, water, bitter nightshade, and a bit of blood).
Ghost-bottles take up 1/3 inventory slot each. The priming reagents take up 1 slot in total.
Once primed, a ghost-bottle may be used to capture dying souls, ghosts, demons, spells, elementals, or angels if opened toward them at exactly the right moment. For most people this would take some combination of a DEX check (to get the timing right) and an opposed CHA roll (to overpower the ghost), but the first isn't a problem for bottle witches as long as they're prepared and the second isn't a problem as long as they're not trying to catch an emperor or an archdemon etc.
Once captured, a bottle-ghost may be used in one of several ways:
All of these are technically possible for non-bottle-witches to accomplish, but much riskier and likely to result in the ghost dissipating permanently regardless of outcome. 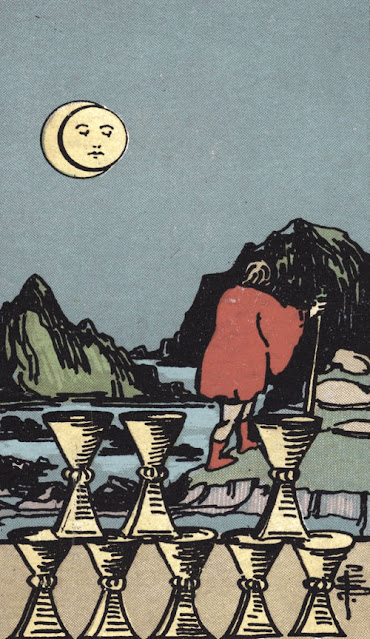 Some students do not realize the true man in a mask
Because they recognize ego-soul.
Ego-soul is the seed of birth and death,
And foolish people call it the true man.

This, also also, is intended as a Thief archetype.
Starting Equipment: A corpse-mask, a regular mask, three very sharp knives in various sizes, a formidable sewing kit, a bottle of formaldehyde, dark clothing, a waterskin and 3 days trail rations, a bullseye lantern and flint and oil, soft boots, and a cloak.
Benefits: You can prepare corpse-masks, and wear them to gain strange powers.
Drawbacks: Those who care about the final fate of their bodies will be naturally wary of you.

Someone who knows how (that's you) can make a death mask out of someone's face with the aid of a good sewing kit and a wood or bone frame in, I don't know, about an hour, maybe longer if they've got a significantly different sized head. Someone who knows how (also you) can gain certain powers or abilities from wearing said mask. These two skills do not ordinarily coreside in the same person. That makes you special.
The bare minimum effect for a corpse-mask is +1 to the highest stat of the corpse it was made from, while you wear it. More often, they'll give you a weird little passive ability instead. Exceptionally powerful corpse-masks may even have some effect when worn by a non-mask-witch.
Masks take up 1/3 slot each, and the sewing kit is another 1/3. Switching between masks takes at least an action, even if you've got them all handy. 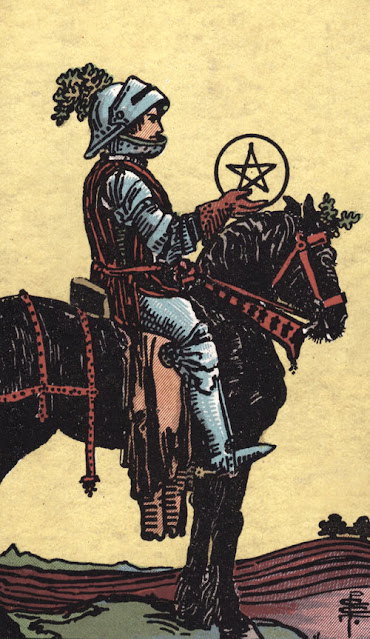 The ancient kings secured good government of their kingdoms through learning of honor, of humility, of virtue, and by acting charitably to those lesser than they. It is the duty of every great knight, to find a quest in life, and brave the demons of the age.

This is not a thief archetype. It's not even really a false witch. Certainly nobody is calling gutter knights witches and running them out of town. Quite the opposite, in fact. This is intended as an archetype of Ultimate Fighter.
Gutter knights are a part of the noble caste of the civilized world, scions of great houses of the River Kingdoms and Charter Nations. They journey and commit acts of conspicuous heroism as a coming-of-age ritual, before eventually hanging up their cloak and returning to take their place in the gentry; theoretically humbled and made wiser by their experience. In practice few venture far from home, but some—more dedicated or naive than most, or attempting to distinguish themselves from their siblings—do wind up on the shores of the Mountain.
There is no moth elf nobility, but some individuals have taken up the tradition nonetheless—their blades rusted and crudely made, their armor unpolished, their quilted favor-cloaks bedraggled, tattered and nearly bare, and their actions unbound by the centuries of tradition that weigh heavily on other gutter knights.
Starting Equipment: A signet ring and sealing wax, a heavy steel longsword, odachi, or zhanmadao, a masterfully crafted plate cuirass, an ostentatious formal outfit, a set of well-crafted traveling clothes, a fine tabard, silk pyjamas, your quilted favor-cloak and a single patch-favor, jewelry worth 300 sp, an astrolabe, a sextant, spyglass, compass, and map each in their own carrying case, and no food or water. Moth elf "gutter knights" have regular equipment instead, besides the favor-cloak.
Benefits: You can carry and use patch-favors, tokens of magical appreciation for your errantry. Unless you are a moth elf, you may rely on your family name to secure respect, food, lodging, and knightly quests in any settlement large enough to have a mayor.
Drawbacks: You are not permitted to carry any currency nor possess any items not carried by you personally with the exception of a mount, saddle, and riding tack. Unless you are a moth elf, you may not strike a surprised, surrendered, or helpless humanoid foe.

A patch-favor is a little scrap of canvas, linen, or burlap, painted or embroidered with a token. They are traditionally granted to gutter knights for the completion of knightly quests, but if there's nobody around capable or willing of creating one the gutter knight is permitted to make their own to commemorate a particularly noble deed.
Patch-favors take an action to pull from one's quilted favor-cloak and slap on something within arm's reach. They require contact with both the gutter knight and their intended target to activate, so you can't put them on sticks or arrows and using them on unwilling targets is an attack made against AC 10. Each patch-favor can be used once per day.
This power allegedly comes from deals struck between noble bloodlines and fey courts in ages long-past, and patch-favors do not function in the hands of anyone but a gutter knight.