The Very Heart and Substance of Metal (Class: Cleric)

A base class for BLACK STAR OF THE CANNIBAL KINGS. 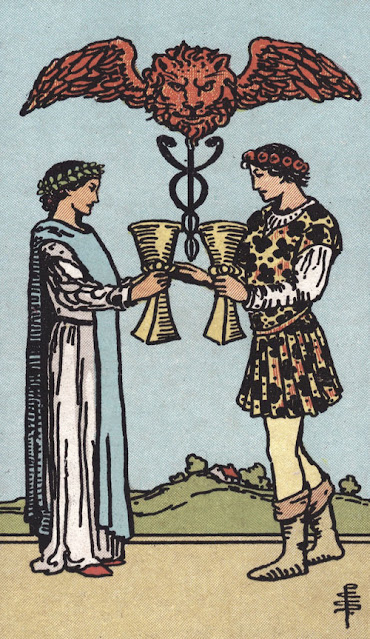 Guilt upon the conscience, like rust upon Iron, both defiles and consumes it, gnawing and creeping into it, as that does which at last eats out the very heart and substance of the metal.

-Robert South, a cleric by most definitions

You are a priest, a cleric, an adherent to to the cult of one of the sacred metals of creation. You are blessed with the ability to perceive, communicate with, and command motes (also known as sprites or angels) with Metal Dice, a process that functions exactly identically to that for casting spells with Magic Dice. You don't get any bonuses to-hit or anything like that.
Skills: Metalworking, Alchemy, and one of 1. Natural Philosophy 2. Logistics 3. Oratory
Starting Equipment: As per adherence.
A Adherent, Alchemy, 1 MD
B Friend, +1 MD
C Panic Brewing, +1 MD
D Secretary, +1 MD
A: Adherent
You are a member of a holy cult, and people know you as such by the garb and tools you bear. You may rely on the good nature of Kings and Men to feed and house you in any populated settlement, and may call upon your order for assistance when required.
You are also a spellcaster. You begin with the service of the mote known as Homunculus, and roll 1d6 on your cult's list for an additional spell at each template including A. If you get a duplicate, choose the next one above or below it that you don't already have.

A: Alchemy
When you come across a corpse, interesting plant, or other such thing you may spend 10 minutes gathering a reagent from it. In addition, for every watch you spend traveling outside of civilization you may gather one random ingredient from the following list:

1. Eyebark. Causes a sample-related shift to the affected's perceptions.
2. Ringleaf. Physically manifests a sample-related transformation in the affected.
3. Spaderoot. Creates a sample-related vulnerability in the affected.
4. Clubseed. Causes sample-related harm to the affected.
5. Heartberry. Heals or cures sample-related maladies in the affected.
6. Diamondfruit. Fortifies the affected against sample-related harm.
Each time you rest, you may combine one reagent with one ingredient in order to create a potion, salve, oil, or other alchemical substance. Negotiate its effects with your GM, then note down the recipe for future use.
For example you might combine an owl's beak with heartberry to create a potion which cures blindness (owls have good vision), or with spaderoot to create a poison which causes those affected by it to become nightblind or gives them frail bones (owls have good nightvision and hollow bones), or with clubseed to create a damaging poison which causes small scratches to appear all over their body (owls have sharp beaks and talons). If a numerical effect is needed, healing potions typically heal 2d6 HP and damaging poisons typically deal +1d6 if applied to a weapon, 2d6 if thrown, or 4d6 if imbibed.
Whenever you have significant (more than a day) downtime in a town or city, all your collected ingredients go bad and you must restart your collection. The same does not apply to reagents unless obviously vulnerable to spoilage.
B: Friend
Choose one of your spells to become a close friend. When commanding them your MD exhaust only on a 5 or a 6, and they are usually willing to attempt tasks outside of their normal purpose (but within their capabilities) on your behalf. You may switch which of your spells is your friend each time you level up, if you choose.

C: Panic Brewing
You may perform your alchemy and immediately apply/imbibe/etc the result in a single combat round, rather than over the course of a rest. There is a 2-in-6 chance of it causing a random mishap in addition to its normal effects.
D: Secretary
Your name is known throughout your order as a champion of your cause, and an acolyte or apprentice is sent to assist you. They are a level 2 Sacred Alchemist of the same adherence as yourself, played by the GM. Should they die, you will receive a replacement within 1d6 weeks along with a sternly worded letter of reprimand. 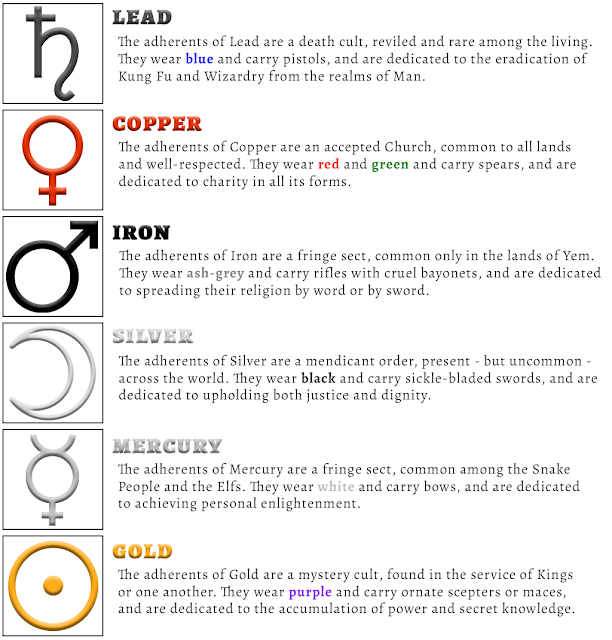 Orders of the Sacred Alchemist 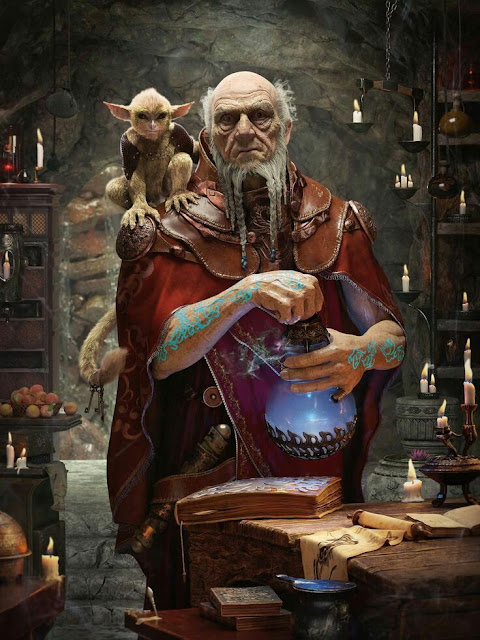 Twist: The monkey is the Sacred Alchemist and the old guy is the spell. ;B)
by RUIHENGLIU

Where these spells refer to metal, substitute the material of the Power you serve. These are, of course, merely the motes you have immediate access to. Additional ones may be found in the wild and pressed into service. 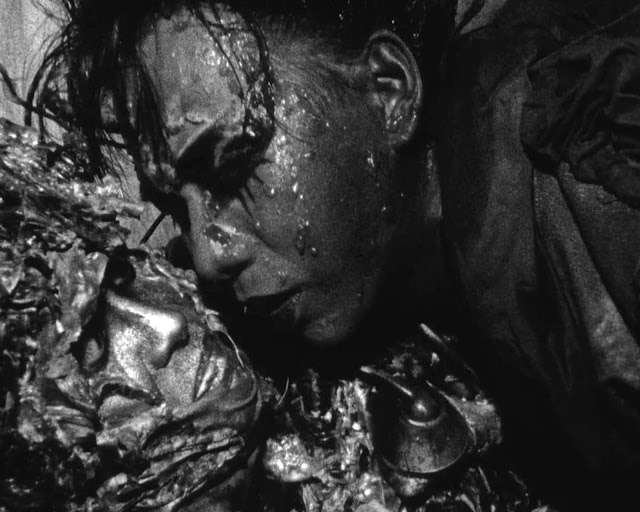 Your doom may be avoided by finding the elixir of life, philosopher's stone, panacea, universal solvent, or other greatly sought-after Alchemical goal.
Posted by vayra at 1:45 AM